On Thursday 16th of August, Year Ones went on an excursion to Werribee Open Range Zoo.

We were lucky because it was a lovely day and we enjoyed our visit.

We saw the wild dogs playing with each other. Dante

The lions were sleeping and weren’t doing very much.  Marion

On the Safari bus we saw a fake crocodile next to the lake. James C

When we were looking at the monkeys, we also saw a blue tongue lizard in the monkey’s habitat.  The lizard was sticking his tongue out.  Tyler

The three gorillas were looking for food and they were also sitting around just resting.  Alana and Shanelle

When we went into the Australian Grassland habitat we saw an emu drinking water and a koala eating gum leaves.  Evan and Noah.

When we went on the Safari bus, we went through water and saw a hippopotamus. Evan S and Ben

The giraffes were busy eating leaves from the trees and they were so tall. Bailey and Isabel

I liked the Safari Tour because we saw lots of different animals and what their homes looked like. Samantha C.

The hippos were very big and grey. One hippo had white spots because it was sick. Larzen.

The giraffes were near the trees and some of them were eating leaves. Aiden.

The zebras were standing up eating grass. They have lots of stripes. Vincent.

I learnt that hippos can stay underwater for a while. Leo.

The giraffes used their long tongues to rip the leaves off the trees. Oliver.

The gorillas were very big and they walk not like humans. Eva P.

We saw some wallabies and some were sleeping. One of the wallabies is named after a boobyella tree. Rovinah.

We learnt about the serval cat. They can jump more than two metres and sometimes they go into the water for food even though they don’t like water. Angeline.

I saw five meerkats and some were inside a log. They were digging a lot. Inigo and Daniel. 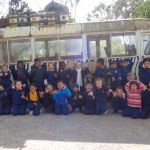 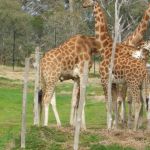 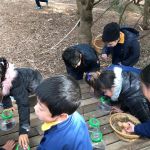 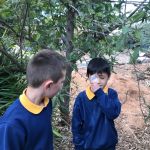 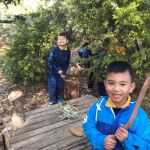 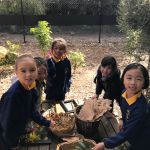 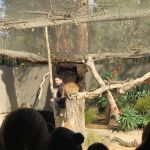 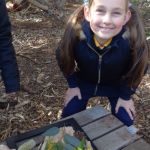 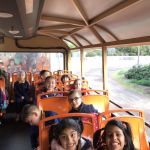 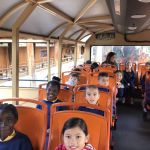 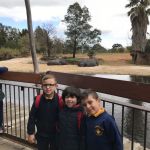 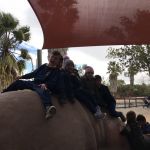